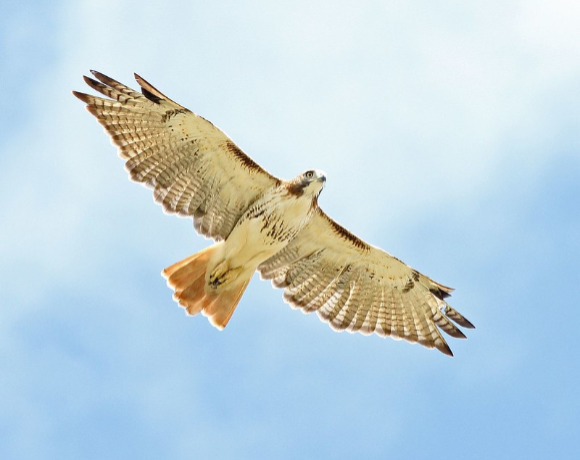 Seraph, an asset manager and part of the Stellwagen Group, has priced a $726 million ABS, Raptor 2019-1, which will acquire 19 aircraft split between three widebodies and 16 narrowbodies. The deal marks Seraph's first aircraft ABS.

Ishka understands the portfolio has been in the market for several months as Stellwagen, the sponsor of the transaction, sought to place the e-notes in the portfolio. The firm launched the debt notes last week and Ishka understands that the e-notes will be tradeable 144a securities. According to Kroll Stellwagen controlled entities will collectively acquire a 25% portion of the equity.

The portfolio consists of 19 aircraft with an initial weighted average age of approximately 3.7 years and a weighted average remaining lease term of roughly 7 years, according to Kroll’s pre-sale report.

Ishka notes that more than half (51.1%) of the portfolio by value is on lease to airline credits that are on watch by Ishka – a higher percentage than other recent aircraft ABS deals. Airlines on Ishka's watch list in Raptor 2019-1 include Hainan Airlines, Interjet, Avianca, South African Airways, Norwegian Air International and Sriwijaya Air (for detailed reports on these airlines see Ishka’s airline credit profiles).

The transaction has several structural enhancements. The series A and B notes undergo rapid amortisation after seven years. The deal has a nine-month liquidity facility and a debt service coverage ratio (DSCR) of 1.20x and early amortisation trigger in which the excess cash will be used to pay down the Series A notes and then the Series B notes if the DSCR is less than 1.15x or the utilisation of the portfolio falls below 75%.

Raptor 2019-1 priced slightly wider than other newly issued aircraft ABS deals in the last three months most likely due to the inclusion of several weaker airline credits. As Ishka noted earlier, more than half (51.1%) of the portfolio by asset value is on lease to airline credits that are on watch by Ishka – a higher percentage than other recent aircraft ABS deals. These airlines include South African Airways, Norwegian Air International, Sriwijaya Air and Hainan Airlines. The transaction’s strengths are the relatively young age of the portfolio (3.7 years) and the long weighted average remaining lease term of approximately 7 years. 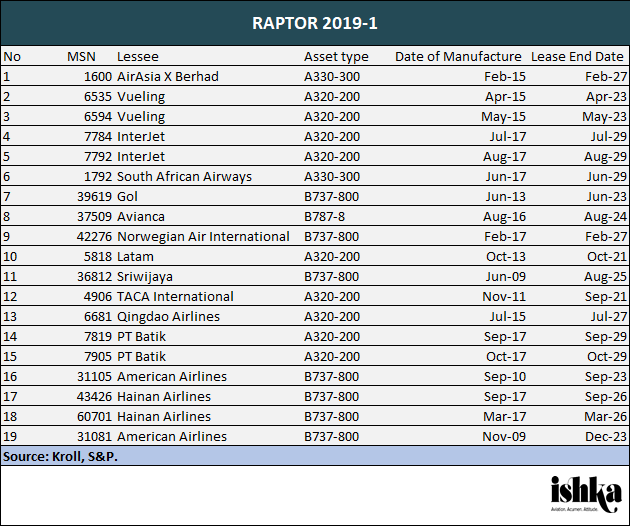