The only dedicated Korean aviation investor event returns to Seoul in March 2019 with some new twists and surprises.

This one day conference brings investors and senior professionals from the wider industry together for a series of interactive sessions and panel discussions designed to ignite new investor interest and drive the development of the Korean aviation finance market.

Aviation Investival: Korea is the place to connect with people you need to meet to discover new sources of funding, win new mandates and stay ahead of developments in the Korean market.

Meet over 50 institutional investors including

Featuring the leaders of the industry 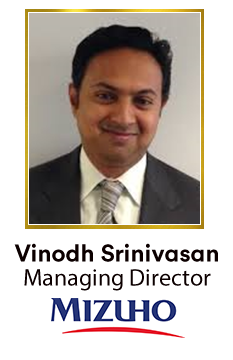 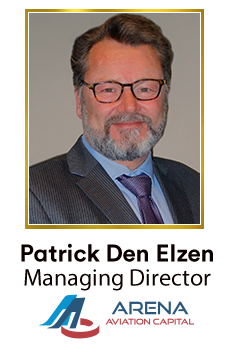 Our specialist Investor masterclass is back, designed to take Korean investors to the next stage of their aviation investment journey and analyse a broader range of investment opportunities. Plus, a new wider market stream for experienced aviation finance professionals focused on problem solving to evolve this market.

The topics that matter most 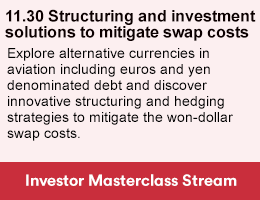 Plus, over 90% of 2018 attendees were investors including: 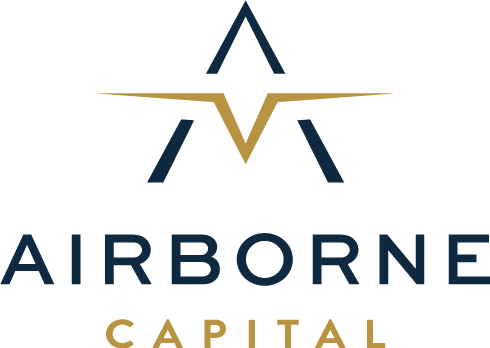 As Ishka's Aviation Investival returns to Seoul for 2019, official conference supporter, Airborne Capital, look back at the performance of the Korean Aviation market and the outlook for this market in the coming year.

Korean Cross Border Investments in Aviation Assets:
A casual visitor to Korea can hardly miss the modern infrastructure and advancements  in technology – signs of an economy positioning itself at the forefront of the Fourth Industrial Revolution. The “Miracle on the Han” was based on an export driven economy and high savings rates – the very basis for Korean lending and investments into aviation. Decades of trade and fiscal surpluses have provided the Korean financial system with large pools of investible funds. These funds have been invested into different parts of the capital structure of aviation assets, encouraged by a regulatory environment that promotes cross border investments.

Korean banks have led several senior debt financings for global airlines, secured by liquid aircraft assets. The top tier banks have a well established aviation lending business, and are significant providers of debt. However, it is the interest in the Mezzanine and Equity tranches of this asset class amongst yield hungry Korean investors, which has been a more recent phenomenon. The Korean aviation investment interest is truly global; with the investment pool focusing on assets on lease to international carriers, especially those from the Middle East, managed by global lessors. In this respect, Korean investors have a geographically wider mandate as compared to the domestic / regional focused investment thesis of investors in other parts of Asia or even, the United States / Europe. Also, in contrast to the Japanese JOL/JOLCO market, where cash rich companies have invested in aviation assets with a view to better manage their tax liabilities, no such tax considerations drive the Korean market.

Investors in the Korean Market:
The Korean mezzanine and equity markets have a broad base of investors - both life and non-life insurers, as well as several pension funds covering various sectors of employees such as military personnel, teachers, public servants etc. The crowding of investments into the domestic real estate markets, have pushed down yields and  prompted investors to look at offshore opportunities, particularly in non-correlated and steady annuity return assets including infrastructure, real estate and aviation. While Korean investors have a history of investing in cross border assets, almost exclusively in the developed markets, aviation is a relatively newer asset class, but one that has been steadily growing . The Korean market has a well developed eco-system of investment banks & securities companies, who have worked with both international lessors and airlines, in deploying equity and channelizing senior and mezzanine debt into aircraft assets. Asset Management firms, with specialized aviation expertise, are responsible for the structuring and setting up of domestic funds, through which these investments are funded.

One segment of investors who have relatively less exposure to the Korean aviation market has been retail and high net worth investors. Quite a few players have been evaluating this segment, with potential upcoming transactions likely to be underpinned more on the credit of the airline, rather than the asset risk.

Preferred Airlines:
A much noticed feature of Korean equity interest has been their preference for Middle eastern flag carriers - in particular, Qatar, Etihad and Emirates. The geo-political dynamics of the Middle East market, did not dampen investors interest, as evidenced by the recent financing of the latest Qatar Airways B777-300ER towards the end of 2018. We have recently seen a widening of targets, evidenced by Korean investment into a Dreamliner leased by the European travel group TUI. However, Korean interest still continues to be focused on state owned / controlled flag carriers, mostly from the developed markets, mirroring the interest of Korean investors in other alternative assets including Real Estate and Infrastructure.

There is a growing interest amongst aviation investors to find the balance between an investment in single credit aircraft transactions, typically a widebody aircraft leased to a strong credit lessee, and one in a diversified portfolio of very liquid aircraft with a multitude of airlines, including some which are less attractive credits.  Quite a few Korean investors are evaluating the diversified investment opportunity and have been able to transition successfully from a credit-driven analysis to a portfolio asset-driven analysis.

Preferred Aircraft Types:
Wide bodied aircraft and a credit driven theme continue to be the preferred investment asset, with a marked preference for in-service new generation liquid aircraft – Airbus A330s (the -300s scoring over the -200s), Boeing 777-300ERs, Boeing 787 Dreamliners and Airbus A350s. Spreads in the more liquid narrow body aircraft are relatively low to be able to support the yield expectations of Korean investors. Regional Jets and Turboprops such as ATR have yet to attract interest from lenders, who still shy away from these aircraft. But as the liquidity and spread of these regional aircrafts is better understood by banks in Korea, we would expect these aircraft types to attract greater lending interest in the coming year.

Investors’ interest in A380, which was a popular aircraft type for few years, has been on the ebb, with focus now on the aircraft re-delivery / re-lease market. The early A380s coming off lease in the recent past have offered interesting test cases of the likely re-marketability of these aircraft. The recent announcement by Airbus discontinuing production of this model, has probably cast a shadow on the prospect for this aircraft type.

The Korean market also witnessed a Euro denominated finance lease transaction in early 2019, by Emirates with a local securities house for financing their A380s. This financing structure was unique and saw the Korean market hedging Euro lease rentals.

ABS Portfolio Equity Notes:
Last year was remarkable in the successful placement of the equity tranches of an ABS transaction entirely in the Korean Market, thus reinforcing the appetite after the last such transaction in Korea in 2016, for equity notes of a portfolio of aircraft. This transaction - christened Kestrel - was collateralized by cash flows from aircraft leases to 18 aircraft, with 15 airlines from 13 countries. The senior A & B tranches cumulating $379.4 Mn was placed among ABS investors, while the entire equity tranche of $160MN was placed in the Korean market. This transaction was closed in December, during a period of high volatility in the international credit markets, and success of the ABS issuance was in part, credited to the successful placement of the E-Notes with Korean investors. Expected larger volumes of aviation ABS transactions globally, coupled with increasing appetite for E-Notes by Korean investors, point to several other such potential transactions in the coming year.

Korean Won / USD Dollar Hedging Issues:
Any comment on the prospects for the aviation market, would be incomplete, without at least a reference to “hedging costs”. The cost of hedging USD receivables into the local currency is subject to the USD/KRW basis and the interest rate differentials between the two currencies. While the Federal Reserve hiked USD interest rates by 2% over the last 2 years, the Korean Central Bank was more circumspect with only 2 hikes of 0.25% each in the corresponding period. This differential in interest rates, coupled with the “basis swap cost” results in net effective KRW interest rates that are 1-1.5% per annum lower than the corresponding USD coupon. A requirement to necessarily hedge offshore investments back into Korean Won, meant that this was a cost that could not be avoided, but could only be managed by hedging for appropriate tenors and rolling over the hedge on maturity.

With a weaker outlook for growth prospects around the world, including in both the United States and Korea, we would expect the interest rate differential to be stable in 2019, reflecting in stable or lower hedging costs. Ishka has sought to shine some light on this cost and potential hedging strategies, by having a dedicated session on currency hedging at the Seoul Investival.

New Korean Airlines:
While the focus has been on Korean lenders and investors working with airlines across the globe, new airline permits awarded to Air Premia, Aero K and Fly Gangwan seeks to introduce competition into the Korean market, in the no-frills low cost segment. While Korean Air’s and Asiana’s duopoly in the full service segment remains unchallenged, the new entrants are focusing on different strategies within the low cost market. Air Premia is looking at the hybrid medium & long haul model, using wide body B787-9 Dreamliners. Aero K and Gangwon are using the more traditional narrow body A320s and B737-800s, for domestic and regional services.


2019 – Potential Headwinds:
The positive outlook for the aviation market could be threatened by a host of global or local factors. Financial health of the global aviation industry, in particular airlines that are a part of Korean portfolios, will have an impact on the appetite of Korean investors. Locally, foreign exchange hedging costs continue to drag down returns, and any unexpected jump in hedging costs, could reduce the attractiveness of not just aviation, but also other offshore alternative investments.

Thank you for your interest in The Aviation Investival Korea

To download the document, please fill in your details below: