in Modelling and Forecasting

Could investors be hit by 5,000 excess aircraft? 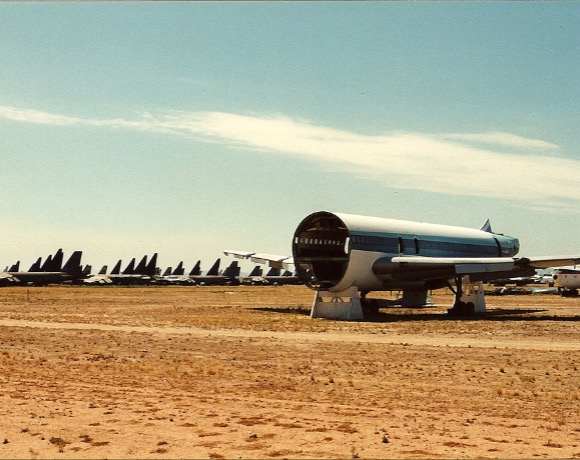 Ten years have passed since the GFC - Global Financial Crisis began, a crisis which led to a massive bail-out of many financial institutions, and a raft of fiscal policies to prevent a total collapse of global financial systems.  A European debt crisis, and a global economic downturn rode on the back of the GFC.  ‘Quantitative easing’ became part of the daily vocabulary.

Ten years is a long time in aviation, and arguably, despite the fallout from the GFC, aviation has had a relatively easy ride over these past ten years.  The airline environment has changed, and many airlines have learnt not only how to make money but also to manage fuel price volatility.  Traffic growth has continued on a strong trajectory, and the abundance of capital, and new funding sources has enabled new aircraft production to accelerate and to be financed.

There are many new participants in the aviation and finance industries, who may have only experienced these ‘good times’.  It is therefore possible to forget that aviation has also seen ‘bad times’ and that these become manifest in many different ways – airline failures, airline losses, drastic asset value and lease rate declines, book value impairments, and increases in aircraft storage and retirement.

Predicting the number of stored aircraft in a crisis

This overview provides a reminder of market downturns and how they precipitate an increase in aircraft going into store (i.e. out of service) as demand falls away. Ishka looks at what happens to the aircraft fleet inventory when the ‘bad times’ arrive, and the potential scale and magnitude of the impact.

First we should recognize that there are always some commercial aircraft in store, even in the best of times – these are older aircraft usually, out of production or less efficient/economic types, aircraft needing significant maintenance or refurbishment, or simply surplus to market requirements.

Ishka research suggests that, in the ‘good times’, the stored population of commercial jet and turboprop airliners can equate to roughly 6-8% of the total fleet inventory.

Preceding each of these events, the stored aircraft fleet stood at between 6-8% of total fleet inventory.

It should also be borne in mind that over time, the total fleet inventory has grown significantly, so the absolute numbers have also grown.  8% of the fleet in 2007 was a much larger number of aircraft than 8% was in 1990.

Each crisis has involved some form of traffic decline or slowdown in growth.  The airlines immediate response was to reduce capacity by grounding parts of their fleets.  Some groundings were not voluntary, in that airlines collapsed, failed, or simply ceased to operate.  As each of the Gulf Wars came to pass, the stored populations reached 14% of the total inventory, a near doubling of the stored fleet.  The financial crises of 1997 and 2007 had less dramatic responses, where the stored populations rose by 30% to 50%.

In absolute terms, the reality was a little more striking.

Today, in these ‘good times’, the global fleet inventory contains a stored population of around 2,500 jets, or a little over 8% of inventory.  Will that population double in a downturn?

Clearly there are numerous variables to take into account when assessing the detail of such an impact, however, based on past experience, a downturn today of the magnitude of either period of Gulf War/Recession could put another 2,500 aircraft into storage, taking the total stored population to a colossal 5,000.  Even in milder circumstances, where the stored populations rose by 30% or 50%, this could add between 850 and 1,250 aircraft to the desert parking lots.

Some of these aircraft groundings will, as before, be involuntary due to airline failures and collapses.  In such circumstances lessors and investors will rely on their credit and risk analyses of their lessees to reduce the risk that it will be one of theirs.  However another group of leased aircraft will be parked as airlines struggle to match capacity to demand - lease payments may be renegotiated, rental holidays taken, or aircraft returned early.

The industry should be under no illusion that when the market turns, we will get a correction with a capital C.  With between 850 and 2,500 aircraft futures at stake in the next downturn, it will pay for lessors and investors to remain on top of their lessees with monitoring, careful fleet planning and management.