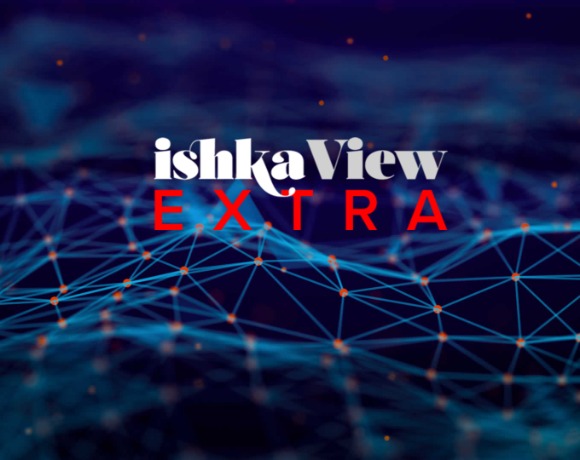 This is a regular series from Ishka’s ‘Transaction Economics’ service. It delivers ‘the Ishka View’ on events that have a bearing on the near-term performance of aircraft values, lease rates, and the market dynamics that matter under today’s market environment.

IN THE BLEAK MIDWINTER…it is not as bad as it looks - it could be worse. Eyes are turned to China and the New Year festivities. The recent outbreaks of Covid in China have led to some reductions in flights and traffic and some local governments have encouraged their populations not to travel over the holiday period, or to stagger their journeys. These are stressful times for airlines, lessors and investors as everyone looks for signals that a recovery is on the cards.

This week we are looking at a mix of 10-year-old aircraft (2011 vintage). The values and lease rates assume aircraft are off-lease and available at each point in time and are illustrative of the changes seen to CMV and MLR rates over the last 12 months. Today there are likely to be many ‘Power-by-the-Hour’ (PBH) lease deals being arranged, rather than fixed rentals, at least in the initial months of an agreement, but our MLR rate is intended to reflect the underlying sentiment for that aircraft and vintage. While demand may be stronger for regionals and single-aisles than it might be today for twin-aisles, the overall volume of surplus aircraft and general availability in all sectors (freighters excepted) continues to place pressure on achievable pricing, either through sale or lease. It will take time for the capacity overhang to start to be absorbed. It is happening, but slowly and not evenly.

We hope these numbers are not the end of a discussion, but the start of one. We look forward to our readership keeping us informed – if you are paying more (or less) on a new deal, please let us know! These numbers reflect unencumbered assets; aircraft already on decent leases with good credits can generate a different set of results.

AIRBUS DELIVERIES SLOWDOWN Following the annual delivery push at the end of 2020 (of 89 aircraft) Airbus delivered 21 aircraft in January 2021, compared to 31 aircraft in January 2020. Deliveries included 10 A320neo (four went to Air China, of which two were leased from BOC Aviation, one from BoComm Leasing, and one taken direct), four A321s (all to Delta Air Lines) one A321neo (American Airlines) and three A220s (one -100 and one -300 to Delta Air Lines and one -300 to Air Canada). The OEM also delivered an A330-800 to Uganda Airlines and an A350-900 to Turkish Airlines. Airbus recorded no cancellations and no new orders for the month, although ICBC has been identified as being behind an earlier order for four A321neo and Garuda is behind an earlier order for four A330-800s. Airbus also confirmed it has started the production of parts for the first A321XLR and expects to assemble forward fuselage, centre and rear fuselage sections and wings by the end of 2021, with first deliveries to be made in 2023.

BOEING RAISES MORE CASH AND DELIVERS 21 B737 MAXs… Boeing delivered 26 aircraft in January, with the ungrounding of the B737 MAX by aviation authorities a big contributor. The OEM delivered 21 B737 MAXs in January, the main recipients being Southwest (6), American Airlines (5) and United Airlines (5). Other deliveries went to including Alaska, Copa Airlines and GOL. Boeing also delivered two B777-300ERs to Novus Aviation Capital (for British Airways) and a B767-300F to FedEx. In January 2020, the OEM only delivered 13 aircraft, while January 2019 deliveries totalled 46 aircraft. Boeing also announced three orders for the B747-8F from Atlas Air, effectively replacing three cancellations from Volga-Dnepr which marked the last orders for the B747-8F programme. Boeing also confirmed two B737 MAX cancellations, Royal Jordanian cancelled a B787-8, and Boeing reassessed 118 777X orders which were no longer considered firm orders, leaving Boeing with 191 777X firm orders. The OEM also confirmed that the B737 MAX 10 should deliver by 2023, while it focuses on certification of the B737 MAX 7 with deliveries starting this year. Boeing also sold $9.8bn of bonds, which it intends to use to repay part of a $13.8bn loan it drew down at the beginning of the pandemic. The bonds include a five-year tranche that is non-callable for two years.

MALAYSIA AIRLINES PUSHES AHEAD WITH RESTRUCTURING…Malaysia Airlines’ operating lessors voted on the airline’s restructuring scheme on February 10th. The outcome of the meeting will only be reported at a court hearing on February 22nd. The airline’s parent group expects the court process and restructuring to be concluded by the end of March.

Air Cairo plans to sell four owned A320ceos of 2006/07 vintage through an RFP process by March 2021. The A320s have been operated by the airline since its delivery. Its four other A320ceos are leased, one of which is reported to have been returned to SMBC. The airline is looking to roll over all its A30ceos with A320neos. Alliance Air has signed an agreement with Hindustan Aeronautics Limited to acquire two Dornier DO228 aircraft manufactured in India, under dry lease terms. The airline will phase in the DO228s this quarter. Cargolux has closed a JOLCO transaction to refinance a B747-8F freighter. The carrier had previously financed the purchase of a B747-400F freighter via a JOLCO back in August 2019. KrasAvia, based in Krasnoyarsk, Siberia, is reported to have purchased two ATR 72-500s from lessor Erik Thun in a deal arranged by BLAC - Bertrand Lattes Aviation Capital. The aircraft will replace older An-24s and An-26s and make KrasAvia the third airline in Russia to operate ATR aircraft. Aergo Capital Limited completed the acquisition of a 2013 build B737-800 from AerCap Ireland Limited. The aircraft was acquired with an existing lease to Okay Airways of China.

SPOOLING UP.... Sky Mali is planning to acquire ATR 72s or similar aircraft as well as single-aisle Airbus or Boeing aircraft to serve European and the Middle Eastern destinations. The airline owns one B737-500 and leases an Embraer ERJ145. ETF Airways, a Croatian airline is set to phase-in its first aircraft, a B737-800 in March 2021 on lease from AerCap and expects to add a second aircraft this summer, and three more in 2022, reaching seven aircraft by 2025. Former Jet Airways executives Vinay Dube and Praveen Iyer are reportedly in talks to introduce a new LCC to the Indian market, with local reports stating the airline could start operations in 2022. Greater Bay Airlines may start operations as a cargo-only carrier to overcome pandemic-induced border closures. The airline is set to receive its first three leased B737-800s aircraft by the end of February. EuroAtlantic Airways is set to receive its first B787-8 on lease from AerCap. The GE-powered aircraft was previously operated by Aeroméxico since 2013. Mesa Air Group has concluded a new agreement to replace the previous contract with American Airlines, to operate 40 CRJ900s for a five-year term beginning January 2021 through to the end of 2025. The previous contract involved 30 CRJ900s with expiry dates in 2021 and a further 17 expiring in 2022.

SPOOLING DOWN… Singapore Airlines is converting some Boeing orders and delaying capital expenditures worth $3.01bn from the 2021-2023 period, having completed negotiations with Airbus and Boeing to defer its aircraft deliveries “beyond the immediate five years”. To satisfy its revised long term fleet plans, the airline is converting an order for 14 B787-10s into an additional 11 777-9 aircraft for delivery after 2025. Singapore Airlines will maintain but delay the 132 aircraft it now has on order, including 35 A320neo family aircraft, 15 A350-900s, 31 B737 MAX 8s, 20 B787s and 31 B777-9s. Thai Airways is reportedly planning to phase-out its A330-300s and four A380s. The airline owns 15 A330-300s aged 7 – 11 years, of which two are currently active - the remaining aircraft are reportedly stored. The four A380s set to be phased-out are 7 to 8 years old. The airline’s long-haul fleet will shift to new generation aircraft, including the A350-900 (12 in fleet, eight leased, 3-5 years old) and the B777-300ER (14 in fleet, 13 leased and three on order, 5-8 years old). The airline also plans to operate B787s, of which it has two B787-9s leased from AerCap (3 years old) and six leased B787-8s (6 years old on average). Local reports also suggested the airline was seeking to add 9-10 more B787s - the airline has denied the reports. Air Namibia appears to be spooling down rapidly. The airline announced on February 10th that flight operations had been cancelled, aircraft grounded and the reservation system suspended. All of its 600+ employees would be offered a pay-out package equal to a years’ salary, with all benefits ending immediately. Its fleet included 4 A319-100s (two leased), two A330-200s (leased through Castlelake), four ERJ135s and a stored B737-500. A voluntary liquidation is expected to be implemented.

Garuda reports it seeks to terminate a leasing contract with Nordic Aviation Capital (NAC) for 12 CRJ1000s on a unilateral basis. The aircraft were leased to Garuda under terms set to mature in 2027. NAC notes it has had discussions with Garuda “but there has been no agreement to date and no termination notice has been received. The lease agreements thus remain in full force and effect and NAC expects Garuda to continue to honour its contractual commitments”. Garuda has also had discussions with Canada’s Export Development Corporation (EDC) regarding an early settlement on the lease of six other CRJ1000s. Norwegian’s restructuring plan is being challenged by its creditors. The airline and its leasing subsidiaries plan to relinquish numerous leases and return 36 aircraft to their lessors (mainly B787s) in order to focus on their short-haul operations.

Belavia plans to stop flying its older B737 Classics as it looks towards taking the B737 MAX (one aircraft already scheduled to be delivered). Fleet data suggests the airline has five B737-300s and five 737-500s (average age of 25 years) which it expects to phase-out by the end of the year, leaving it with Embraer E2s and the B737 MAX. Amaszonas Uruguay is planning to halt passenger flights as operations have become “too complex”, according to the airline’s general manager. The airline, which will shift to cargo operations, has two CRJ200LRs and two ERJ190LRs. Austrian Airlines fleet adjustment continues - the airline still operates 8 Q400s from its fleet of 18, and will reduce its B767 fleet from six to three by the end of the year. Austrian will also phase-out its seven A319s between Q3 2021 and Q1 2022.

Aeronautical Engineers (AEI) has won a contract to perform 10 additional B737-800SF freighter conversions for Aero Capital Solutions (ACS). The first of the new conversions will be carried out by HAECO Xiamen starting June 2021 and the second with STAECO in July, with subsequent conversions alternating between the two with the last conversion beginning in September 2022. ACS had already appointed AEI to provide the conversion of four B737-800s. AEI will also provide Aeronaves TSM two additional CRJ200SF converted freighters. The aircraft are 2002 vintage and were previously operated by ExpressJet and Delta Air Lines. The conversions will start by Q2 and Q3 2021. After conversion and delivery, Aeronaves TSM will have 10 CRJ200SF freighters. Garuda has announced intentions to add two freighters to its all-passenger fleet. S7 Airlines will take delivery this month of its first B737-800BCF on lease from GECAS, an 18-year-old aircraft, previously operated by Ryanair since 2002. The airline agreed to take two aircraft back in August 2020.

Boeing will expand its B737-800BCF conversion operations at GAMECO, adding a third line which GAMECO plans to operate from Q1 2022. Collins Aerospace of Canada is close to completing work on its first full freighter conversion of a Dash 8-300 turboprop. Collins anticipates the supplemental type certificate (STC) could be issued by mid-2021, following which serial full freighter conversions will be offered to the market.