in Aviation Banks and Lenders 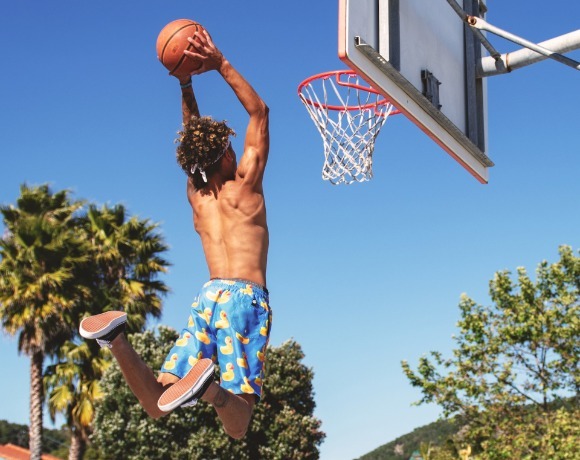 Lessors and airlines have seen a broad minimum rise of between 25bp-30bps for risk-adjusted margins over the last four months for new secured aircraft loans, according to Ishka research, as banks confide that their funding costs are creeping up. Lessors and asset managers speaking with Ishka state that after an initial lag increased funding costs have been increasingly being passed onto borrowers approaching banks for new deals. Other lenders state that their margins have risen much more substantially.

One active alternative lender explains to Ishka that their average risk-adjusted margins on signed deals has risen by between 70bp to 100bp from Spring 2021 to August 2022.  “It is simple: the cost of money has gone up, and everyone is reliant on the cap markets in one way or the other. That's true for everyone, whether you are a bank or an alt lender or a lessor."

Not all lenders agree with Ishka's findings. Two lenders argue that margins have not yet "increased meaningfully" since April 2022, the time of the last Ishka survey. Instead, they state that some regional lenders, still "awash" with US dollars, are offering domestic airlines cheap access to financing. However, both lenders acknowledge that margins are facing upward pressure even if these are not being passed on yet to borrowers fully.

Many active aviation lenders are European and financiers confide that the strengthening US Dollar versus the Euro, as well as general hike in base rates has also increased the cost of their funding.

A reverse to decreasing margins

Risk-adjusted margins have increased for the first time since September 2020, according to Ishka’s research. In the immediate onset of the pandemic crisis many aviation banks stopped lending entirely, while others restricted activity. Secured financing terms for borrowers notably changed with LTVs lowering dramatically, balloons largely disappearing, and risk-adjusted margins doubling or tripling for the restricted pool of lenders still able to offer financing (see Insight: Aviation banks say new deals on pause until ‘market bottoms out’).

However, risk-adjusted margins for secured loans have been steadily decreasing since September 2020 according to Ishka research. This has been driven by multiple factors including the rise of several new alternative lenders, improved confidence among some lenders due to widespread and generous airline bailouts, the success of aviation credits in the capital markets through the end of 2020 and 2021, and the rapid roll-out of Covid vaccines.

Ishka notes banks emerging out of the pandemic have been notably selective in their choice of credits and asset types. In contrast, alt lenders have been vocal and active in their ability to fund a wider spectrum of aircraft assets, and aircraft vintages on a non-recourse basis, albeit typically at higher margins (See Insight: “How aviation alt lenders have carved out a non-recourse niche”)

As a result, Ishka has altered its lenders survey changing the asset from a 2015 A320ceo to a 2020 delivery A320neo because of the increasing reluctance from banks to fund current-tech aircraft such as A320ceo and 737NGs compared to A320neos and 737MAXs. The survey has also been adapted to split borrowers into lessors and airlines.

However, even with the switch to the more liquid asset type, the A320neo, in Ishka's survey, responses from lenders show that risk-adjusted margins have increased since April 2022. This trend is matched by anecdotal evidence from asset managers. One asset manager confided that bank quotes for new secured aircraft loans had risen by between 20bps to 30bps in early June for supported transaction financing.

Banks are still very selective about who, and what, they are financing but Ishka notes that many banks are offering, or accepting, much higher LTVs for new loans that they are pursuing. This is particularly true for new-tech narrowbodies, and for the very few widebody assets banks express enthusiasm for, notably the A350-900 and the 787-9.

In contrast, financiers, including several alt lenders, state that LTVs for current-gen widebodies are becoming more conservative because of the continual perceived residual value and remarketing risk in the asset type. At least two European lenders stated that internal risk committees were now citing ESG concerns when being presented with any funding proposals involving current-gen single-aisle aircraft and stated that alternative lenders were increasingly “dominating” the older equipment space. The one exception seems to be freighter aircraft, and freighter conversions. Ishka is aware of two banks offering competitive financing to win mandates for aircraft entering freighter conversions.

Ishka also hears that a few bank lenders are attempting to reduce tenors, where possible, to between 7-10 years for new or young aircraft loans even if this does not always match the underlying lease of the encumbered aircraft. Not all banks can offer balloons, and lenders are still pushing for full pay-out structures but often lowering margins. The alt lenders speaking with Ishka confide they are much more willing to offer balloons on new deals.

The aviation finance market is at an interesting point of flux as lessors and asset managers are effectively repricing a lot of recent and new aviation lease opportunities to accommodate the rising cost of funds. In the meantime, USD swap costs continue to rise. Rising interest rates will have automatically increased the cost of debt on new loans for airline and lessors, however, Ishka's survey captures how the rise in lenders' funding costs are being passed onto borrowers.

All of this poses an issue for lessors that need to find funding for both old and new assets - particularly given the lack of activity in the capital market for aviation credits.    Alt lenders represent a growing and key funding source for many borrowers, and have significantly more appetite for older assets than banks, but also have generally much higher funding costs. But there are pockets of relatively cheap capital still available. Interestingly, Ishka hears that banks are still offering new warehouse facilities at surprisingly competitive rates, despite the aircraft ABS being effectively shut for the last six months for most lessors. 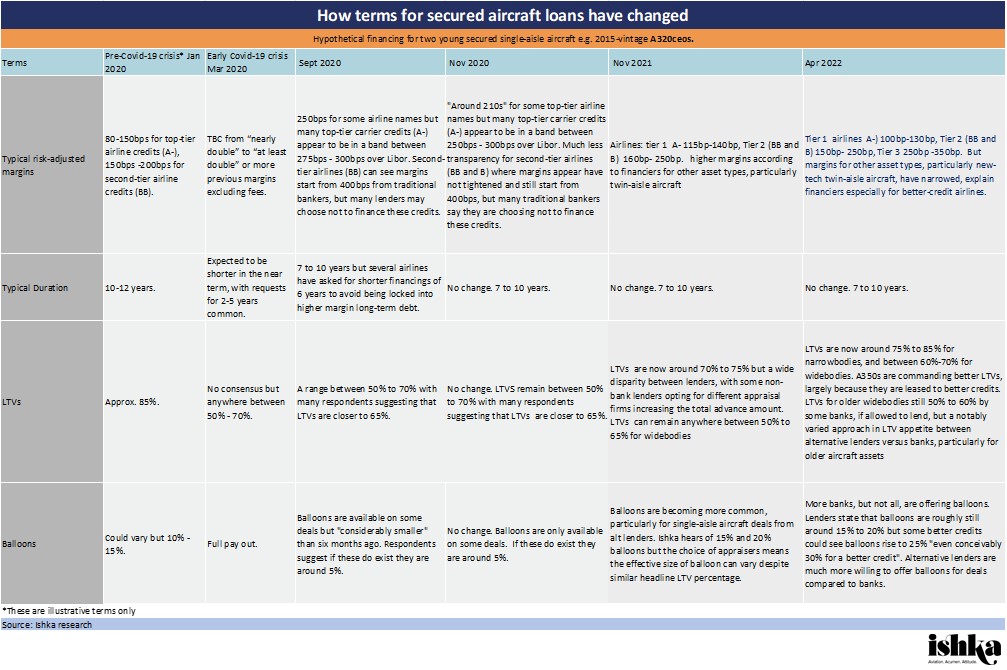