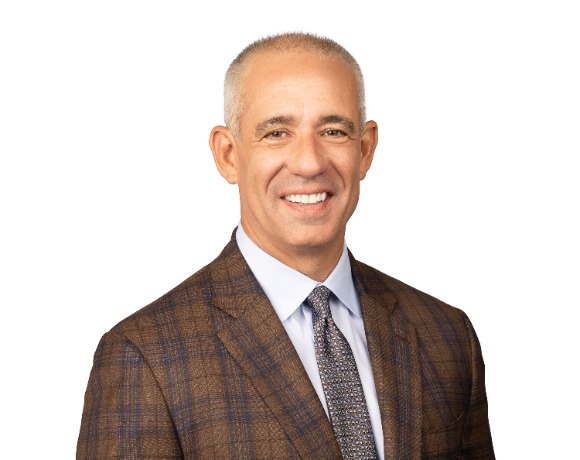 2023 could be an active year for M&A in the aircraft leasing space, according to the CEO of start-up lessor High Ridge Aviation, Greg Conlon, who also tells Ishka that High Ridge is actively looking at a couple of potential transactions.

“There are several transactions that we're currently looking at now on the M&A front. We're certainly seeing more potential M&A transactions come to market than we have in the past several years. I think some of the owners of a few smaller leasing companies are perhaps looking to do something else and potentially deploy their capital elsewhere. So I think you're going to see a little bit more lessor consolidation start to take place,” explains Conlon.

‘Leasing is moving to a managed money model’

Conlon was the CEO of GECAS, at one point the world’s largest lessor, before its merger with rival AerCap. He and other seasoned leasing executives, several of which were also formerly with GECAS, teamed with fund manager PIMCO to launch High Ridge Aviation in November 2022. The firm launched with both an aircraft lessor, High Ridge Aviation, and a secured aircraft lending arm, LR AirFinance.

Conlon states that launching both services (aircraft leasing and lending) was informed by the team’s experience at GECAS and PK AirFinance, GE Capital's aircraft lending arm which was sold to Apollo Global Management and Athene Holding Ltd in 2019.

“What was important for us was to find the right partner that can be flexible, and source the quantum of capital we need. A big part of that is providing debt right now. We did that for about 20 years at GE with GECAS and PK, and we have the opportunity to do it again here on a clean sheet basis with a new capital source," explains Conlon.

"The model is changing. There are very few companies that can efficiently own $30 billion, or $40 billion of aviation assets on their balance sheet. I think our space is moving towards a managed money model where you need to source pockets of capital that are efficient at owning $1 billion, $2 billion, $3 billion of aviation exposure but [for whom], in comparison to their total investment pool of that capital, it's not a significant amount. It's much more efficient to own assets that way. We have a very experienced management team that knows the metal, knows the market, knows the assets, and ideally, you pair that up with a very experienced money manager who's very efficient at sourcing capital that targets certain return profiles – be it debt capital or lease equity capital."

Conlon explains that the capital behind new leases versus debt transactions will be part of a “multi-fund strategy” with funds allocated to leasing differing to those behind senior secured debt with different durations and return profiles. “There will be multiple funds with durations commensurate with the asset profiles we're looking at. You need to make sure your funding matches your liability stack. These are long-term assets so you need to have long-term funding in place. You don't want to be in a position where you're compelled to sell assets because you got a capital call," he adds.

From freighters to financing

Conlon explains High Ridge is set to be active with debt mandates initially, but on the leasing side the firm is likely to chase primarily newer technology narrowbody and widebody sale/leasebacks partly because there are more opportunities to acquire these types of assets. Nevertheless, Conlon adds that the firm has appetite for a relatively wide range of assets.

“Obviously, newer-tech NBs and WBs will be the primary focus, but one of the advantages you have with the High Ridge  team is that we're very experienced in multiple asset classes, be it narrowbodies, widebodies, regional jets, spare engine leasing, freighters, helicopters, spare parts, and structured finance deals.”

"We will have the capability – if the market opportunity is there – to do other types of product strategies, be it midlife, be it engine leasing, or freighters. All of those respective product classes have slightly different return profiles. Some are more cash-on-cash heavy, and that targets a certain fund requirement, while some are more yield focused, where most of the return is on the back end.”

"Having one fund try to do all of those things is not very efficient but having target funds designed for the separate asset class is much more effective and flexible. We didn't want to be primarily forced to target a certain product type because that was the only, shall we say, investment opportunity that would work for a particular fund. So having that flexibility, I think is important" he adds.

When asked if there are any assets the lessor would not consider or parts of the market that High Ridge or LR Finance may be less likely to fund, Conlon pauses and states: “I think it's less likely we will look at some of the ancillary investments up front, be it regional jets, or spare part financings, or some of the older end-of-life assets. We certainly have the capability to do all of those, but if I have to rank them in terms of market opportunity sets - probably just by evolution - it's not going to be the lion's share of what we're going to deploy capital on."

PIMCO has been an active investor in aircraft leasing for some time, including the Gilead Aviation joint venture with AerCap and a separate ABS arrangement with DAE Capital. This new venture is therefore an interesting expansion into the leasing sector by an experienced investor.

For the High Ridge / LR AirFinance team, having the full backing of PIMCO’s multi-fund strategy translates into a potentially extremely flexible mandate. This partly explains the relatively wide range of assets Conlon states is potentially open to the lessor.

The firm is unusual in that it is launching both an aircraft leasing and an aircraft financing arm simultaneously, but it is a reflection of the team's experience and has been made possible by the strength of PIMCO’s backing. Conlon states that there is likely to be more near-term interest in debt financing mandates than leasing, and Ishka can confirm that there has been plenty of interest from airlines and lessors in seeking alternative finance providers.

Given the expertise in the team, and the balance sheet power behind the platform, this is a firm to watch in the leasing space. There has been a lot of speculation about more lessor M&A in 2023. In theory, several owners of leasing firms may be motivated sellers. The big question is whether buyers are able to pick up platforms and assets at sufficient discount to make the returns work, given the higher cost of financing today.