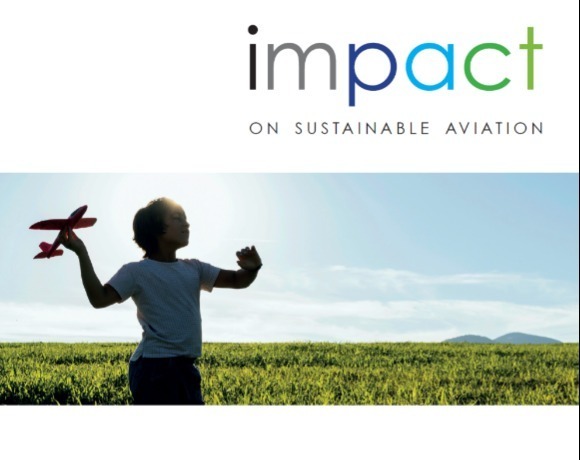 Sustainability-focused aviation finance association Impact, established at the start of 2022 and now backed by 35 members, has unveiled a milestone concept for aviation financiers looking to incorporate sustainability measurements into deal covenants. The concept, which plots percentage changes in CO₂ emissions and airline growth (RPK), is the association’s latest contribution to aviation finance’s decarbonisation ambitions.

In addition to the milestone concept, Impact has also announced that a white paper on Transition Finance (its second white paper after one on ‘Three Essential KPIs’ unveiled last September) is “in the making, with more to come.” The upcoming paper will address substituting “widely-used transition finance benchmarks” with others built around three essential KPIs: footprint, intensity, and decoupling.

The two unveilings, timed with the January Dublin Week, are the first in a year that is likely to see major developments for aviation sustainable finance, including new industry-led frameworks and the incorporation of aviation into government taxonomies.

Impact is proposing that airlines and financiers move away from setting CO₂ reduction targets (which run the risk of becoming obsolete or unattainable) to a matrix-based system that captures large and small steps in an airline’s effort to decouple growth from CO₂ emissions (download the full brief here).

Impact argues that this milestone approach is independent of set benchmarks, which are prone to adjustments over time to increase or lower their ambition. Instead, the milestone matrix would allow financiers to score airlines on their progressive decoupling – for example, how soon in time did an airline achieve relative decoupling or absolute decoupling of its growth and CO₂ emissions.

This two-dimensional matrix allows parties in a transaction to visualise an airline’s decoupling journey, ranging from its worst possible position (an increase in emissions with negative growth, top left box) to its most optimistic scenario (growth with a decline in emissions). This coordinate system is overlaid with a grid of categories with assigned values. The attainment (and sustaining) of those values serve as the milestones that could be incorporated into financing covenants.

Separately, Impact has published its Year in Review 2022 report, which looks back on its first year in existence, work completed thus far, and ongoing ambitions. The association says a Transition Finance White Paper is soon to come and shares some early thinking about the framework it will formulate.

Impact is basing its main transition finance alignment assumption on the focus not being “on the aircraft types themselves,” but more importantly “the sustainability framework and targeted CO₂ reduction agreed and pursued by the airline/lessor.” This avoids the risk of contradiction with the EU Taxonomy, which after some delays in incorporating an aviation technical screening criteria (TSC) is expected to come up with one this year, with aircraft types an important part of eligibility criteria.

Impact’s annual review is a useful report to get up to date with the association’s progress over the past year and its current thinking. With over 30 members in the aviation finance community including major banks and asset managers, the association carries important weight on how aircraft finance will incorporate sustainability metrics going forward. Impact’s work, along with other organisations working towards clearer airline metrics reporting (such as RMI and IATA), is also important to raise the bar on sustainability disclosure by operators. According to Impact Metrics Working Group research, less than 15% of airlines worldwide have published emissions data since 2016 and among those who do there is an extensive range of differently defined and incomparable metrics.

Ishka is a founding member of Impact and the author of this report also contributed to and supported the drafting of Impact’s ‘Year in Review’ report. For more information on Impact (Initiative to Measure and Promote Aviation’s Carbon-free Transition e. V.), please visit: impact-on-sustainable-aviation.org