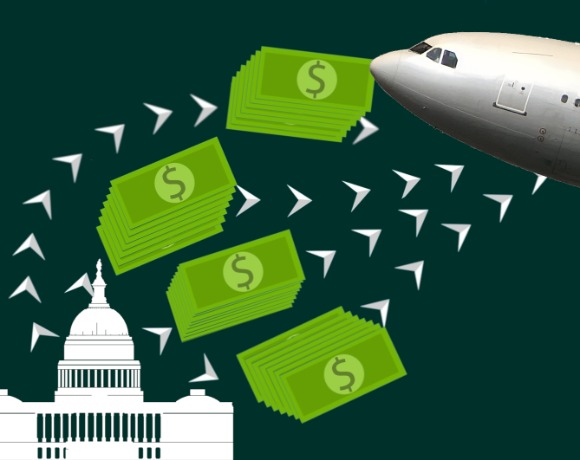 Update: This report was updated once on 20th March to include developments late on 19th March, including a NOK 6 billion ($552 million) guarantee package from the Norwegian government which includes NOK 3 billion ($276 million) for Norwegian Air Shuttle and a NZ $900 million ($524 million) government loan from the New Zealand government for Air New Zealand.

Extraordinary circumstances require extraordinary measures. The Covid-19 outbreak now represents the biggest crisis to have ever hit aviation. Ishka provides a summary of both the demands by airlines and the current levels of state support and bailouts offers.

The tables below include airlines and industry groups representing operators of half of the world’s commercial aircraft in service.

The table below lists the demands (or hints at possible need for state aid) by 12 large airlines, four airline trade associations (including Europe and North America’s largest) and one country business council. The passenger airlines listed below or represented by these associations operate more than half of the world’s commercial passenger fleet.

Airline demands for state support as of 19th March 2020

The scale of demands and the geographical spread is unprecedented. In the case of the US, they far exceed the post-9/11 package approved by the US congress, which comprised $5 billion in grants and up to $10 billion in loan guarantees.

The table below lists the offers of support (or hints at the possible provision of state aid) by 14 nations including the US as well as the European Union, which acts on behalf of 27 member countries.

State support for airlines as of 19th March 2020

Reality: Airlines have less than 3 months of cash

So what is the level of urgency? According to IATA, most airlines (over 75%) around the world had less than three months of cash and equivalents at the start of 2020 as a ratio of non-avoidable costs (see chart below). As of 17th March, markets with more than 10 cases of Covid-19 covered 94% of global passenger revenues.

IATA proposes three ways in which governments can help the airline industry, many of which have already been expressed by airlines or offered by governments featured in the tables above. They are:

- Direct financial support for carriers to compensate for reduced revenues, and therefore support liquidity due to travel restrictions imposed as a result of Covid-19;

- Loans, loan guarantees and support for the corporate bond market by the Government or Central Bank, either directly to the airline or to commercial banks that may be reluctant to extend credit to airlines in the present situation in the absence of such a guarantee.

- Tax relief: Rebates and/or suspension on all employer imposed payroll taxes paid to date with an ongoing review for the rest of 2020, deferral or reduction in income taxes to date in 2020 and/or an extension of payment terms for the rest of 2020, along with a temporary waiver of ticket taxes and other Government-imposed levies.

IATA estimates airlines urgently need $150 billion to $200 billion in capital to overcome the Covid-19 crisis. Coincidentally, this estimate sits close to the share value lost by airlines. A Reuters analysis published on 18th March shows the Covid-19 pandemic has wiped 41%, or $157 billion, off the share value of the world’s 116 listed carriers.

State financial support will be crucial for the survival of most airlines around the world whether in the form of capital injections on loan guarantees. Ishka believes IATA estimates are only likely to grow, considering that the association’s $113 billion global revenue hit projection from 5th March was based on passenger traffic declines up until that point. Things have gotten much worse since, particularly in Europe and North America.

Requests by airlines for state aid will not be without controversy. Before the Covid-19 crisis, the sector was already under heavy scrutiny for its cosy fiscal allowances. In addition, the aviation sector as a whole was being also being scrutinised for its impact on the environment. The fact that many of the airlines requesting financial support have spent years using profits for share buybacks and to pay out attractive dividends to shareholders has also not gone unnoticed by critics.

While still early in this crisis, Ishka wonders whether bailouts in the coming days or weeks will be followed, in the medium to long-term, by new regulations requiring airlines to retain additional capital. Following the 2008 US bank bailout, the public has grown understandably weary of public bailouts, and it would be reasonable to expect some degree of backlash at similar measures now. In addition, carriers who have insisted on staff taking unpaid leave, and which have unionised workforces, should expect demands for higher compensation once those airlines return to profitability.