The outlook for aircraft ABS in 2022 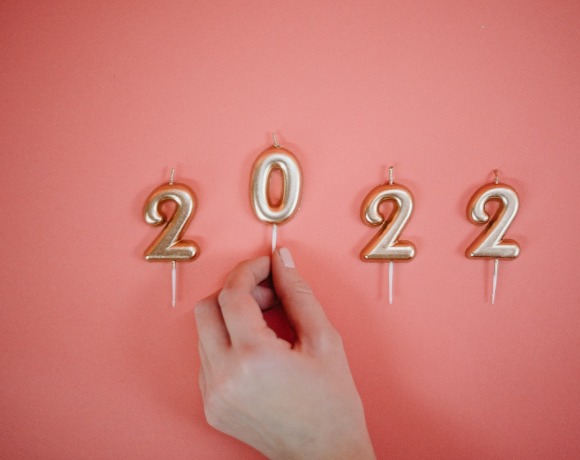 After a remarkable resurgence in the aircraft ABS market this year Ishka offers several predictions for new aircraft ABS issuances in 2022.

The aircraft ABS market resurged in 2021 after a 10-month period in 2020 with no aircraft ABS issuances.  Several issuers set new personal records by achieving remarkably low pricing despite a torrid 2020 in which multiple ABS notes were downgraded or placed on watch as the Covid-19 pandemic negatively impacted both aircraft prices and lessor rental cashflows.

US fund manager and leasing firm Castlelake opened the market and priced the $594.8 million Castlelake Aircraft Structured Trust 2021-1 (CLAS 2021-1) - achieving one of the lowest yields to date for an aircraft ABS and beating pricing on its last two transactions issued in 2018 and 2019. That securitisation and several others created several structural benchmarks, which, Ishka believes will likely persist into 2022.

The most notable are shorter DSCR triggers and a minimum asset test. All of the aviation ABS deals since January 2021 shortened their debt-service coverage ratio (DSCR) triggers from the six months common in pre-pandemic issuances to three months. This ensures faster rapid amortisation if rental payments are interrupted but also helps cure securitisations faster when cash flows do resume. In addition, many deals now also include a minimum asset test to ensure there is at least five or six aircraft delivered into a portfolio.

Many deals in the first half of the year were noteworthy for having both longer remaining lease terms on average than pre-pandemic ABS issuances and younger portfolios. Weighted average remaining lease terms ranged from 7.8 years (CLAS 2021-1) to 11.1 years (SLAM 2021-1). Several of the new aircraft ABS deals in the first half of 2021 also contained notably younger aircraft e.g. with weighted average aircraft age of1.6 years (SLAM 2021-1), 5.8 years (MAPS 2021-1) or 2.9 years (Blackbird Capital II).

However, a flurry of recent ABS issuances in October and November varied widely in terms of credit quality of the underlying lessees, the average weighted age of the aircraft, and the average remaining lease term. The average age of the assets and the quality of the underlying credits ranged from the 4.1 years of SOLRR 2021-1 to the 14.2 years of Stellar 2021-1. Several of the ABS deals are mid-life portfolios, in sharp contrast to ABS issuances in the first half of 2021, which were predominantly younger aircraft portfolios. Ultimately it appears that the aircraft ABS market is returning to its historic function of funding both new and older leased aircraft portfolios.

Ishka notes that there appears to be reduced engagement from investors for C Class notes since the onset of the pandemic, even for some transactions with younger aircraft. Before the pandemic, C Class notes often managed to achieve significant oversubscriptions, but recently several ABS issuers have opted to retain their C notes. In the first half of the Covid-19 crisis in 2020, many legacy aircraft ABS transactions tripped their debt service coverage ratios (DSCR) with cash diverted to the senior notes. Investors appear to have responded to this trend by largely sticking to senior aircraft ABS notes. The limited current appetite for aircraft ABS C notes suggests that the tradeable e-note market may not recover in 2022. This has implications for the type of transactions coming to market i.e favouring repeat debt issuers rather than aircraft portfolio sales.

SALT 2021-1, an aircraft loan securitisation, broadens the asset class and may tempt some issuers away from CLOs

One debut ABS, SALT 2021-1, funded a portfolio of secured aircraft loans –creating a new benchmark for the sector. At $893.5 million SALT 2021-1 is also the largest aircraft ABS since Castlelake’s $916 million CLAST 2016-1. The deal refinanced Bellinger and Stonepeak Infrastructure Partners’ acquisition of the National Australia Bank (NAB) aircraft loan portfolio in May 2021.

Bellinger Aviation is the servicer on the transaction which is secured by 26 loan facilities comprised of 116 loans – all bar one of which are secured. Sources indicate that there was an unsurprising and significant overlap from aircraft lease ABS buyers, many of whom, were familiar with the counterparties in the underlying loans. Ishka understands that in total the deal was three times oversubscribed with an oversubscription on every single series of notes in the transaction from the class AA notes to the class D notes.

Refinancing the ex-NAB loan portfolio via an ABS keeps it static with any loans being refinanced or repaid early simply amortising the structure down for an earlier pay out to investors. In contrast, a collateral loan obligation (CLO) is a dynamic pool of assets constantly being replenished with investors focused on concentration levels and the parameters around making new loans.

“Structurally, this was largely an aircraft ABS transaction with added CLO-type features,” explains Kyu-Dong Yu, a managing director at Stonepeak. “In addition to regular amortisation, there are mechanisms to divert more cash to the senior tranches for a quicker paydown. We have an over-collateralization test, which is fairly unique in our structure, that is tested at each tranche level. We also have a DSCR test that is tested at every tranche level as well. All of this is really designed to reduce the risk and overall leverage the profile of the structure, particularly at the most senior levels of the structure, in a quicker fashion.”

Speaking on Ishka+’s ‘Capital Markets Catch Up’ podcast, Clay Smith, a partner at advisory firm Split Rock, stated the deal could become the “preferred way forward” for many non-bank lenders, as the structure incorporated collateral loan obligation (CLO) technology but crucially allows lenders to include both syndicated as well as direct loans.