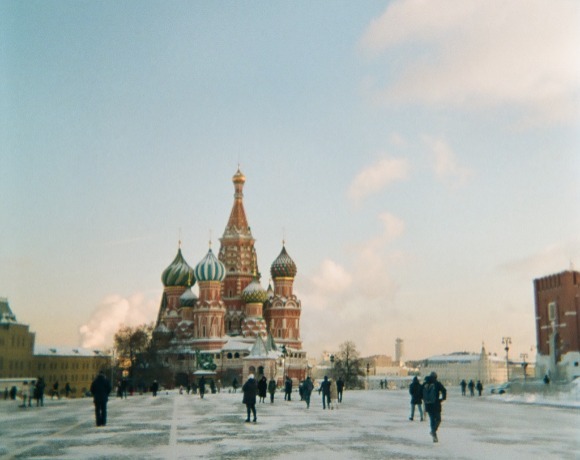 Lessors are bracing themselves for legal battle over insurance claims for aircraft trapped in Russia, with some having already submitted claims, explain several sources to Ishka.

“Insurers are relying on technicalities – the peril that occurred is exactly the peril [insurers] agreed to insure against," explained one source familiar with matter.

The imposition of sanctions from the US, EU and UK following the Russian invasion of Ukraine prohibited the leasing of aircraft to Russian airlines. As a result, lease contracts for lessor-owned aircraft were cancelled leaving lessors with the difficult task of repossessing their assets while sanctions closed Russian airspace off to western carriers.

A few lessors have been able to successfully repossess their aircraft, but Ishka understands the rest left with aircraft trapped in Russia are seeking compensation under their contingent policies.

Lessors would normally receive compensation on the primary insurance policy, but since it is insured in Russia and reinsured in international markets, this would mean reinsurers paying out claims to Russian airlines, which is prohibited under sanctions.

Sources tell Ishka that they believe the legal arguments over lessor insurance claims are likely to focus on the action that led to the loss of the aircraft and less on sanctions. Aircraft insurance policies are traditionally used to offer cover around the loss of an aircraft, but the complexity in the Russian crisis is that this is no clear case of aircraft being destroyed with a specific date of loss.

Instead, sources speculate a focal point could be around the timing and order of various Russian government announcements which resulted in the loss of the aircraft. Lawyers will be trying to identify which specific event led to the loss. Was it when the Russian state told airlines not to redeliver the aircraft? Or when Russia invaded Ukraine? Or when Russia threatened nuclear action (which would involve a swifter cancellation path)?

Once the conflict began, Ishka understands that insurers started removing Russia (as well as Ukraine and Belarus in some cases) from the hull war cover on seven days’ notice (see Insight: ‘Aviation insurance and the fallout from sanctions on Russia’). However, sources tell Ishka that in some policies, for assets that are subject to serious danger, such as those in Russia, insurers cannot simply remove Russia from the coverage for those assets. Insurers can only do so for assets that were not in Russia at the time of the cancellation. One source questioned “why would insurers send cancellation notices if the assets weren't already in the grip of a peril?”

Since the initial insurance claim under Russian airlines' policies against the Russian insurers did not pay out, lessors fell back on their contingent cover and have been preparing claims under these policies. A contingent policy typically covers a lessor’s entire fleet of aircraft, and the hull war cover under this type of policy has an aggregate limit. One source tells Ishka that in most cases, this aggregate amount should exceed the lessor’s total value of assets in Russia.

Another source notes the amount covered under many contingent policies may be less than some primary policies, and could cover the full agreed value of the asset or just their financing position depending on the policy. Ishka understands that most large lessors have contingent policies in place, but that a few smaller lessors may not have, and could be relying on an eventual repossession of their aircraft.

Sources tell Ishka insurers are able to pay out these claims without suffering any financial difficulties. Despite this, insurers have sought counsel to defend them from lessor claims as the value of these claims “far exceeds” the amount of insurance payments they have received from lessors.

Sources tell Ishka there are three general outcomes for lessors with aircraft in Russia: (1) Lessors retrieve their aircraft from Russia, (2) lessors make claims under their contingent insurance policies and are successful, or (3) lessors make claims under contingent insurance policies and are unsuccessful. However, sources warn that lessors are bracing themselves for an extended claims process which could take years to resolve in the courts.

Ishka understands that lessors are doing their best to work with the Aviation Working Group (AWG) for an industry-wide agreement but the confidentiality of the contractual agreements between lessors and insurers prevents lessors from sharing documents. In contrast sources tell Ishka that several of the hull war insurers have retained the same counsel. One source questioned whether claims will be dealt with on a case-by-case basis, or if AWG can help present a case on a particular issue that is common to them all.

Alternatively, the EU earlier this month introduced new guidance allowing lessors to accept a lease termination sum for aircraft on finance leases. This would allow Russian airlines to pay off the remaining lease term and then legally obtain ownership of the aircraft. Sources tell Ishka that this is a possibility lessors are considering. However, this does not apply for aircraft on operating lease, which over 80% of the aircraft in Russia are reportedly on.

Also, earlier this month, the Russian government passed a decree allowing lessors to receive aircraft rental payments into a Russian bank account in roubles. Ishka’s sources note that this does not appear to be an option many lessors are considering as it would still be a breach of EU sanctions.

Of the three potential outcomes for lessors, Ishka understands that the retrieval of aircraft from Russia may still be the preferred option for some lessors, despite the subsequent remarketing costs, because of how long lessors anticipate it could take to resolve the claims via the courts.

However, lessors warn that the longer sanctions are in place and the operation of lessor-owned aircraft in Russia continues, the more likely airlines could start to cannibalise aircraft for spare parts.  It also raises uncomfortable questions about the value of any assets remaining in Russia for any length of time. Will these aircraft still be as marketable due to safety concerns? And what value, if any, would cannibalised aircraft retain?

Ishka understands that if lessors successfully claim compensation sums from insurers, several insurance companies could exit the aviation market, causing premiums to rise on policies even further. Sources tell Ishka that premiums for hull war confiscation cover have already increased “dramatically” to the extent that some lessors are not taking it out on new aircraft, and have turned to other methods to mitigate their exposure.