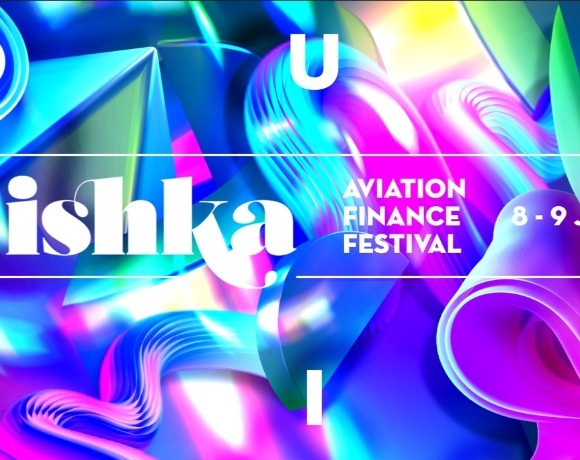 Rising interest rate swap costs and an ongoing freeze in the aircraft ABS market are slowing the trading of leased aircraft, say lessors. Speaking at Ishka's Dublin Aviation Festival on 8th and 9th  June lessors stated that the combination of increased swap costs and a higher total cost of debt based on rising underlying rates is hurting the deal economics for potential buyers of leased aircraft.

Lessors with portfolios of aircraft for sale confided that rising debt costs had forced several shortlisted buyers to drop out of recent deals. Aircraft lessors use swap agreements to create an interest rate hedge between the scheduled payments (which are typically on a fixed-rate lease) versus the scheduled interest rate payments under the related loan agreement (typically calculated on a floating-rate basis). Many lessors take out five-year swaps to cover the anticipated ownership period.

"There's no question that it is affecting secondary market aircraft trades and there's a need for a price adjustment. And I think, for the most part, the sellers can actually afford that. A lot of these investors have been looking essentially at roughly a 10% unlevered IRR – roughly the entry point for a midlife trade. You could be looking at 400 base points all-in cost over swaps for aircraft-based financing now. If that debt cost is up – and around 7% - that's getting uncomfortably close to your unlevered IRR and the deal may not happen,” explained one panellist at the conference.

Heading to a low point in the aircraft trading cycle

The rise in rates means that some lessors may struggle to use the secondary market to generate the same level of profits as they have done. One lessor at the Ishka Dublin festival explained that aircraft trading had become a "significant profits centre" for many lessors immediately before the pandemic, Lessors that had sourced aircraft in 2015 and 2016 found themselves selling aircraft with relatively higher lease factors (LRFs) to buyers able to raise debt cheaply in a low-interest-rate environment.

“But now it’s the opposite, lease rate factors are pretty anaemic. While [interest] rates were low over the last year or two, you could trade out of some of those assets, but now those assets are much more difficult to trade. I think as traders, we're always focusing on portfolio and concentration management, but trading will be maybe less of a profit centre going forward over the next several years than it has been, and maybe more profit will be coming from the leasing side as rates go up,” explained the lessor.

Several lessors confirmed that deals were taking much longer to complete as buyers evaluate a range of risks including higher debt costs, asset and credit risk, and jurisdictional risk when pricing and bidding on deals. “It takes significantly longer to do deals today than 12 months ago. And it's not because you don't have the financing, or [that] you don't have willing sellers and buyers, but there are so many more nuances to analysing a transaction today,” explained another panellist.

Buying appetite also appears to have been impacted by the lack of activity in the aircraft ABS market (see Insight: ‘Ukraine crisis freezes aircraft ABS market’) which has slowed down some potential buyers. The aircraft ABS market, when open, helped participating lessors sell large portfolios of leased aircraft via the sale of debt and equity notes (e-notes). Last year saw a remarkable resurgence in the pricing of senior aircraft ABS notes but no e-notes were issued.

Among panellists, there seemed to be widespread confidence that the market would resume later this year – albeit at a higher price.

Like other parts of the aircraft financing market, aircraft trading is cyclical. A rising interest rate environment poses a challenge for lessors looking to sell because buyers have higher debt costs which impacts returns.

The larger lessors, several of which became IG-rated in the past 10 years, have seen their overall cost of debt decrease, which helps insulate their returns when acquiring new aircraft, despite rising swap costs. These lessors have maintained their ratings even in the face of the pandemic and its severe impact on airline balance sheets.

But higher interest rate swap costs have a disproportionate and immediate impact on smaller asset managers who make up the typical buyer base of leased aircraft from larger players. Asset managers will tend to raise debt on the spot market per transaction.

Nevertheless, lessors insist trading activity is still happening. Leasing platforms are still looking for aircraft and many will likely need to access the secondary market to achieve scale as a result of the new aircraft delivery lull. Traders state they are also now starting to see more new-gen single-aisle aircraft offered in portfolios for sale – something which is likely to entice investors.