in Airline trends & analysis , Other 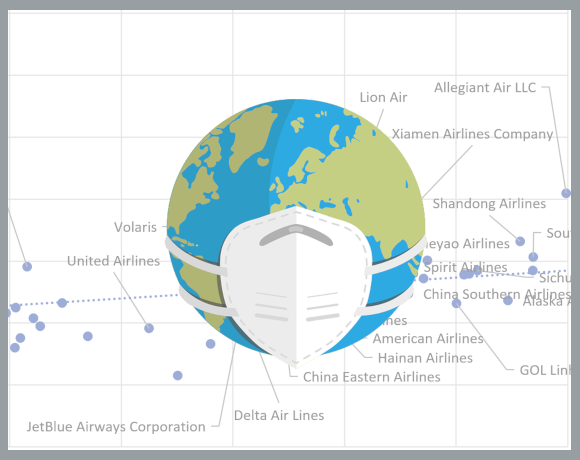 No airline is immune to the Covid-19 crisis, but some are more resilient than others. Low-cost carriers (LCCs) and operators in large domestic markets are benefitting from their cost advantages and from short-haul demand unhindered by international travel restrictions – a trend foreseen early in the crisis and likely to continue (see Insight: ‘Domestic resilience: Which airlines and aircraft stand to benefit?’).

Among the world’s 100 largest carriers (selected by scheduled ASK capacity in 2019), the 20 airlines posting the most moderate yearly declines in scheduled capacity include 12 LCCs, and all but three operate out of traditionally large domestic markets including eight in China, four in the US, two in India and one each in Indonesia, Japan and Mexico. 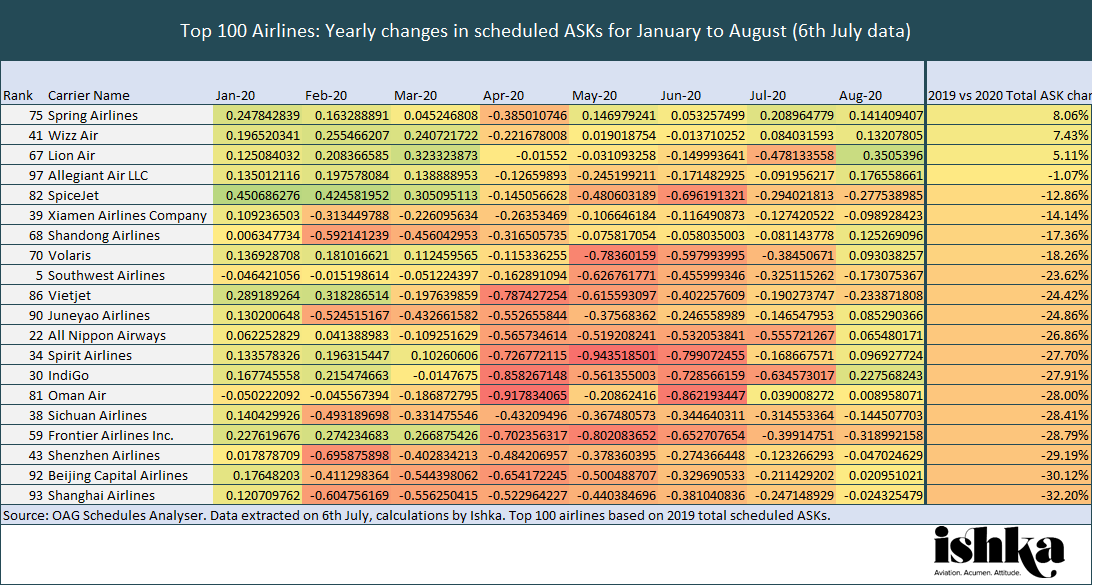 However, those ‘moderate’ declines in ASKs (January to August, reflecting year-to-date and the immediate future) are only marginally better than the average drop of 45.7% for all 100 carriers.

Size not a factor

Among the top 100 airlines, the size of their 2019 schedules has little impact on how many flights they have been able to operate this year. The 78.3% average yearly decline in ASKs for the top 100 operators barely differs from the 44.7% decline of the top 50 and the 48.7% drop of the top 25 carriers.

Overall, the monthly year-on-year changes for the 100 carriers show distinctly faster recoveries for Chinese airlines since April. It shows some recovery for European airlines focused on intra-EU traffic since June and, tentatively, for some large Asian carriers starting this August – although as previously noted by Ishka (see Insight: ‘EU ‘reopening’ leads tepid international travel reactivation’), future schedules are likely to change. For a complete look at the monthly year-on-year changes of the 100 largest carriers: Click here to download the data behind the charts. 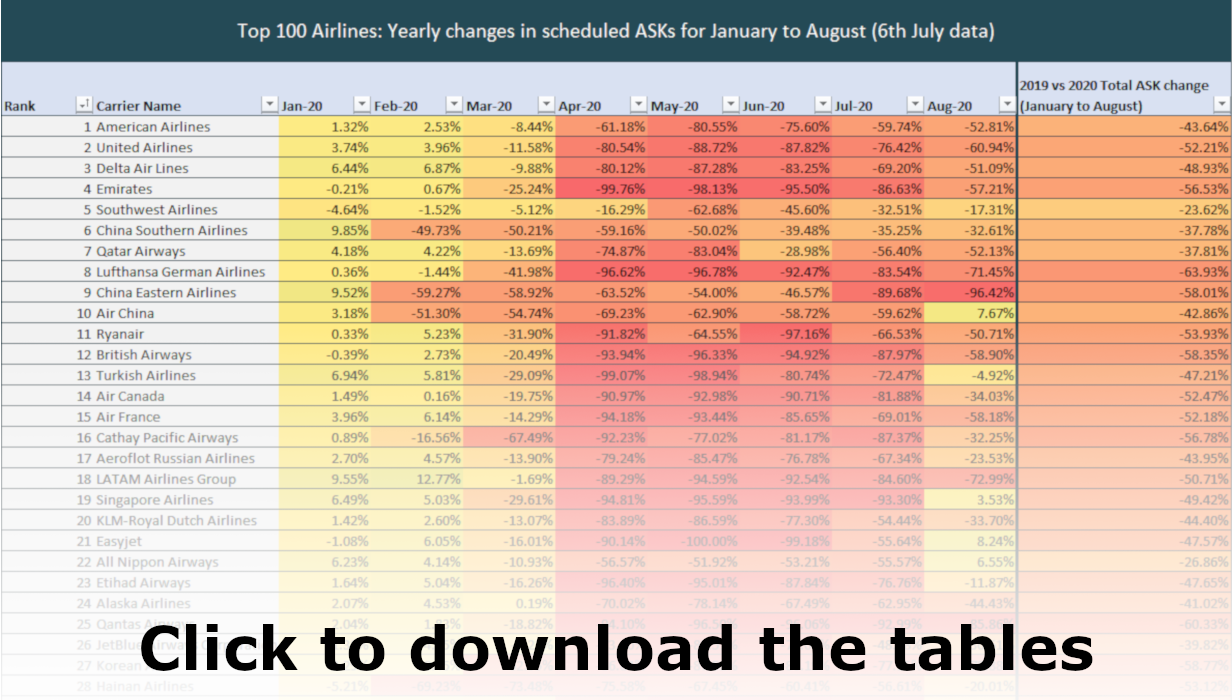 The proverbial wisdom that short and medium-haul traffic is more resilient during crises holds true in the age of coronavirus travel restrictions. As pointed out earlier in this report, many of the airlines posting more ‘moderate’ yearly declines to their scheduled ASKs in 2020 operating out of large domestic markets.

Many, too, have a significant share of domestic ASKs in their schedules, as the chart below shows: 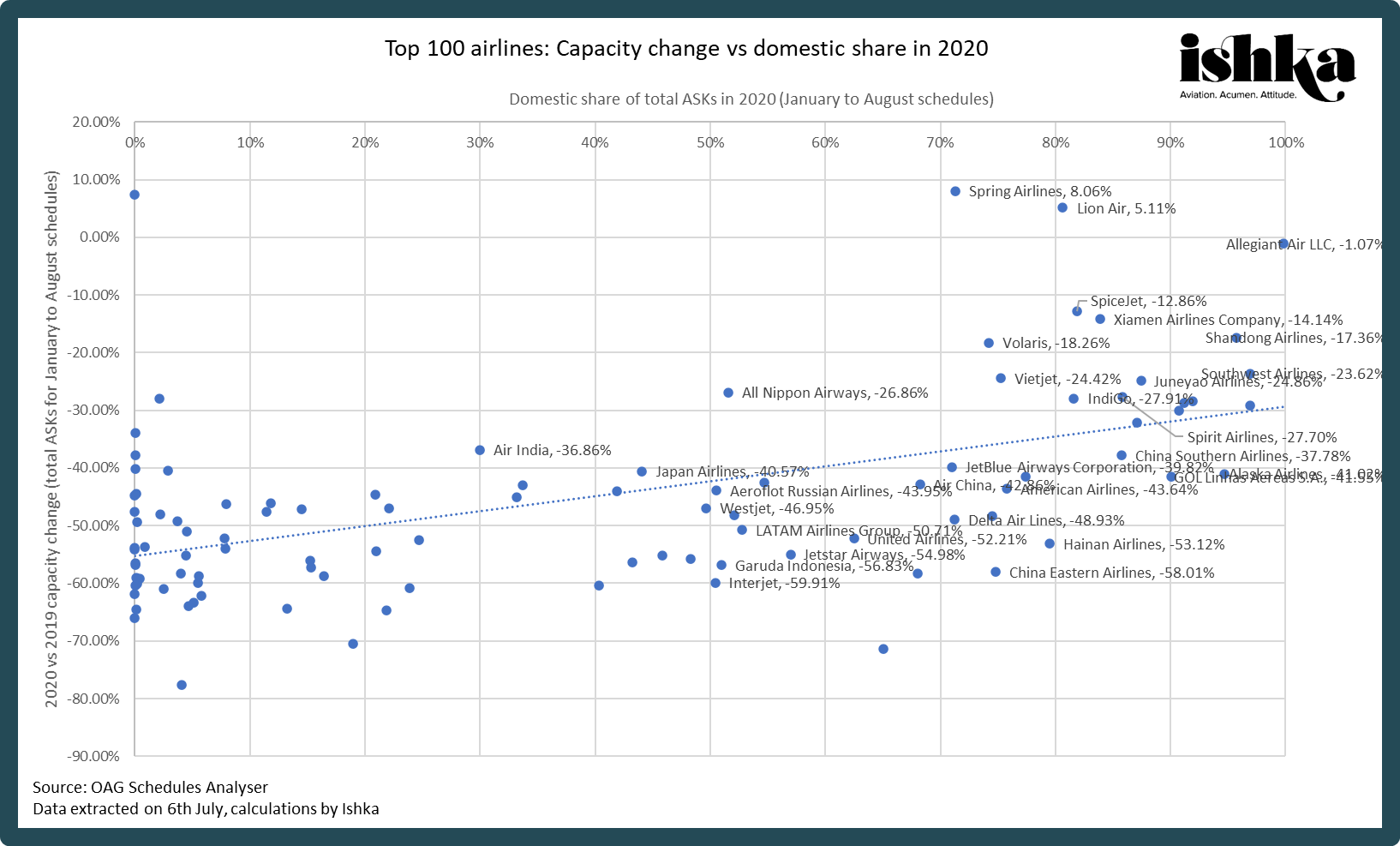 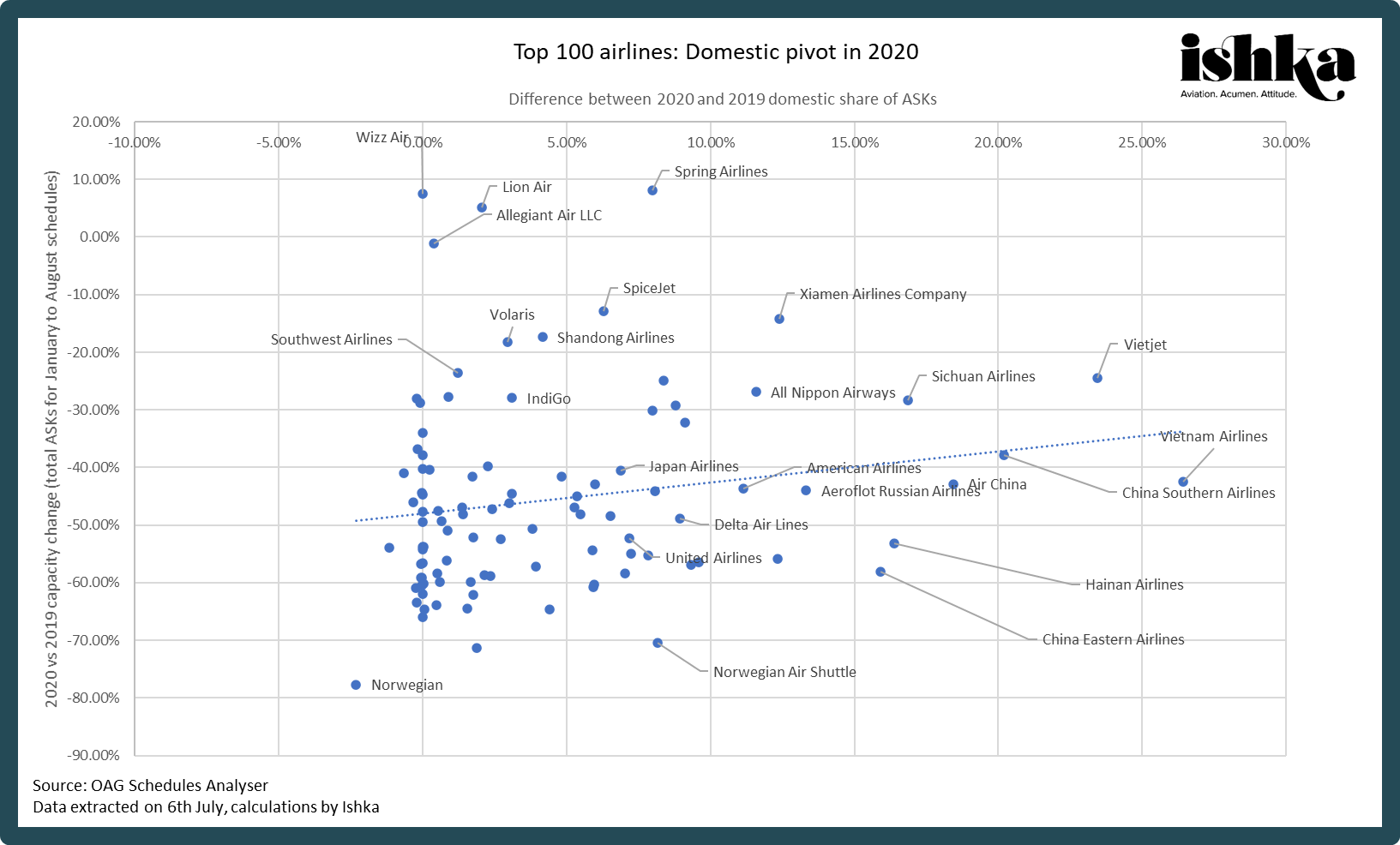 These pivots, in turn, have meant a slight repositioning of the world’s largest domestic air travel markets, with the US no longer at the helm and China taking the top spot. The table below shows yearly capacity changes for the month of June with some countries surging (Vietnam) and others falling (Brazil) – a reflection of two opposites in the handling of the pandemic.

For a more detailed and updated table of domestic market changes year-on-year: Click here to download the data behind the charts.

Few large carriers show significant signs of recovery. It will probably take a few more months before domestic and international air travel reconfigures itself around countries with better handling of the pandemic. Many large nations have only brought the pandemic under control in recent weeks and are only now drafting and introducing policies to unlock international travel. However, the lessons so far suggest that countries taking stern action against the virus have been the most successful at minimising the impact on domestic travel, or at the very least ensuring its prompt resumption. China, South Korea and Vietnam, in particular, are examples of this. Intra-EU travel, while not strictly domestic, also mirrors some of these trends.

Note: This report was updated to correct an error in the yearly ASK changes for the January to August period. The findings of the analysis still stand.