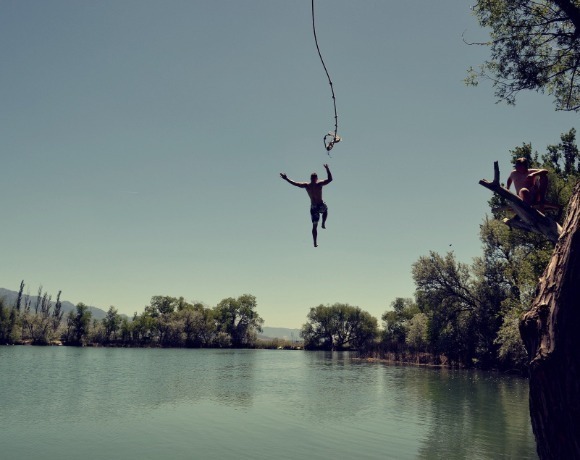 After suffering a period of value realignment since the onset of the pandemic several 20-year-old aircraft types now appear to be reaching a value “floor” where further discounts are unlikely, explains Ishka’s appraisals team, which also warns that many younger aircraft types could still see values stressed further.

Since the start of the Covid-19 crisis, practically all aircraft types have seen some reduction in market values due to the widespread disruption to aircraft travel. According to Ishka’s advisory arm, older widebodies have seen declines of between 45%-50% in terms of market value while several of the better-performing narrowbody aircraft, such as 737-800s and A320s have seen declines of between 15%-20%.” In contrast, younger or new-build aircraft are now roughly down by about 10%-15% compared to their January 2020 values.

The last few months have seen a slowdown in the rate of market value erosion for many aircraft types (see charts below). Speaking to the Ishka Insights team, Eddy Pieniazek, head of Ishka Advisory, explained the slowing rate of decline is partly due to the steep declines in values recorded at the beginning of the crisis but added that some of the aircraft types have simply reached a natural “floor.”

“At a certain point there is a floor at which some aircraft values do not fall below, this may be a part-out value or a point where investors will simply not want to trade the aircraft,” explains Pieniazek. “Especially, for some of the younger aircraft, investors might prefer the aircraft to remain in storage and wait for an upturn in the market, rather than sell and accept a loss." The floor for some of the older aircraft is simply set at the salvage value, for the part-out of the engines and components of the aircraft. Some of the 20-year-old+ aircraft may be at this floor already, but some aircraft still have some way to go before reaching this floor and so values could continue to fall without signs of improving market demand.

Rate of value erosion slows down

Most aircraft values have experienced some haircuts over the last 15 months. The most severe drops have been for twin-aisle aircraft. As an example, since the start of the crisis, 2010 vintage A330-300s have seen values halved, falling from $47 million in January 2020 to $22 million in May 2021. Similarly, 2010 vintage B777-300ERs values have halved in the same period, with values for this aircraft type falling from $73 million to $34.5 million, according to Ishka research. Many aircraft types have seen declines of anywhere between 30%-to-40%.

The decreasing values noted by Ishka were mirrored by other valuations experts speaking at Ishka’s London conference. Scope Ratings, analysed a sample of 30 years of aircraft market value data, finding that aircraft values have fallen across the range, which covers practically all aircraft types, by an average of 32% since the onset of the Covid-19 pandemic. According to the same study widebody values had fallen by an average of 44%. The best performing asset types through the pandemic were cargo aircraft explained Helene Spro, director at Scope Ratings GmbH and the worst-performing aircraft types were large widebody aircraft such as the A380, A340 and the B747. Spro highlighted that even when removing these widebody types, the remaining widebody values had still fallen by an average of 39%.

However, the rapid rate of value erosion at the start of the pandemic has been followed by further ‘step-downs,’ with the pandemic becoming a prolonged event and the realisation that the pace of market recovery would continue to disappoint through 2020 and into 2021. The graphs below show the current market value (CMV) and the market lease rate (MLR) of narrowbody, widebody and regional aircraft from January 2020 to May 2021. Pieniazek highlighted that the 30%-40% aircraft market value declines might tempt some speculative investors seeking attractive entry points, hoping that the market will begin to recover soon, but warned that aircraft values remain vulnerable to further stresses.

The driver behind the fundamental return in demand to the market is the speed of the vaccine rollout and the easing of travel restrictions. As these continue to speed up, there may be an increasing demand for travel, which in turn, may help drive some recovery of aircraft values for certain asset types. Pieniazek comments that more widespread demand for narrowbodies and regional jets is likely to produce a more balanced market in 2023 or 2024 while widebodies are not likely to see that balance until 2024 or 2025. In addition, while some aircraft will show some recovery, others face the prospect of facing a more permanent reduction in value due to changes in the operating landscape and airline route networks. 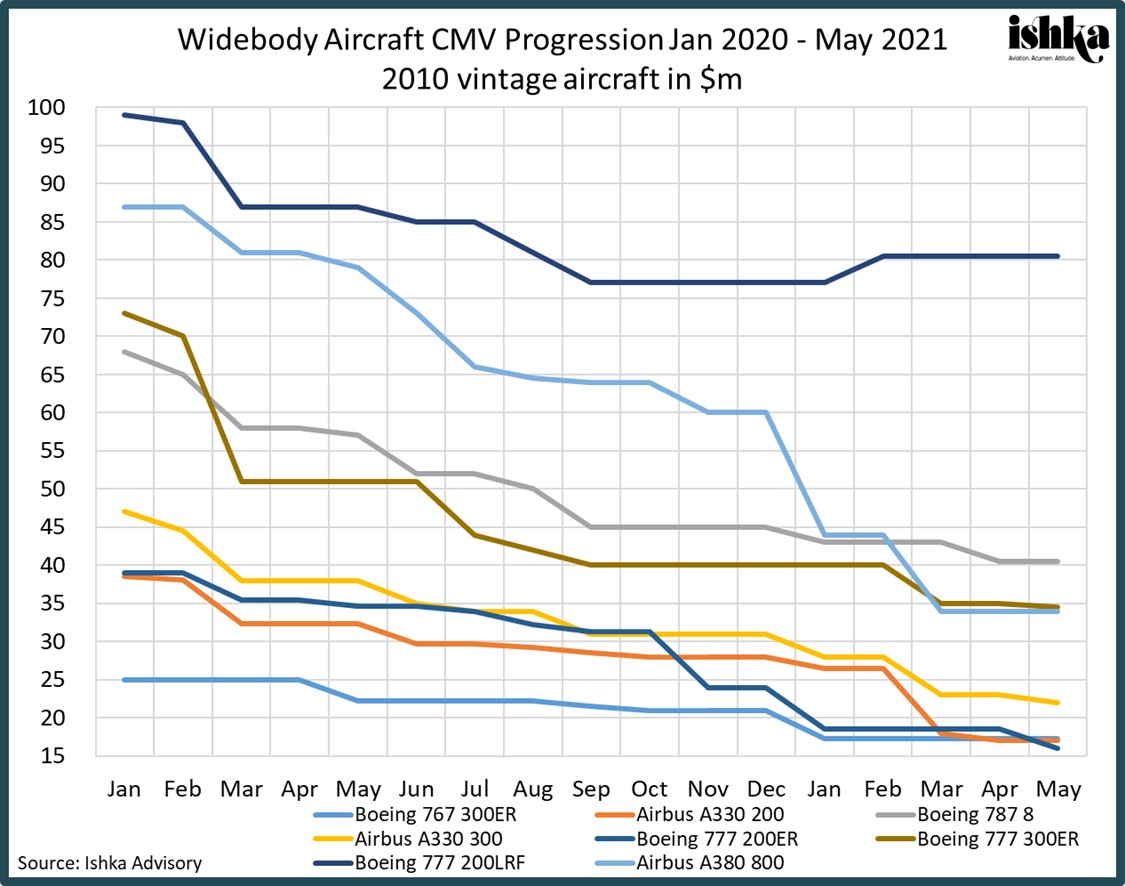 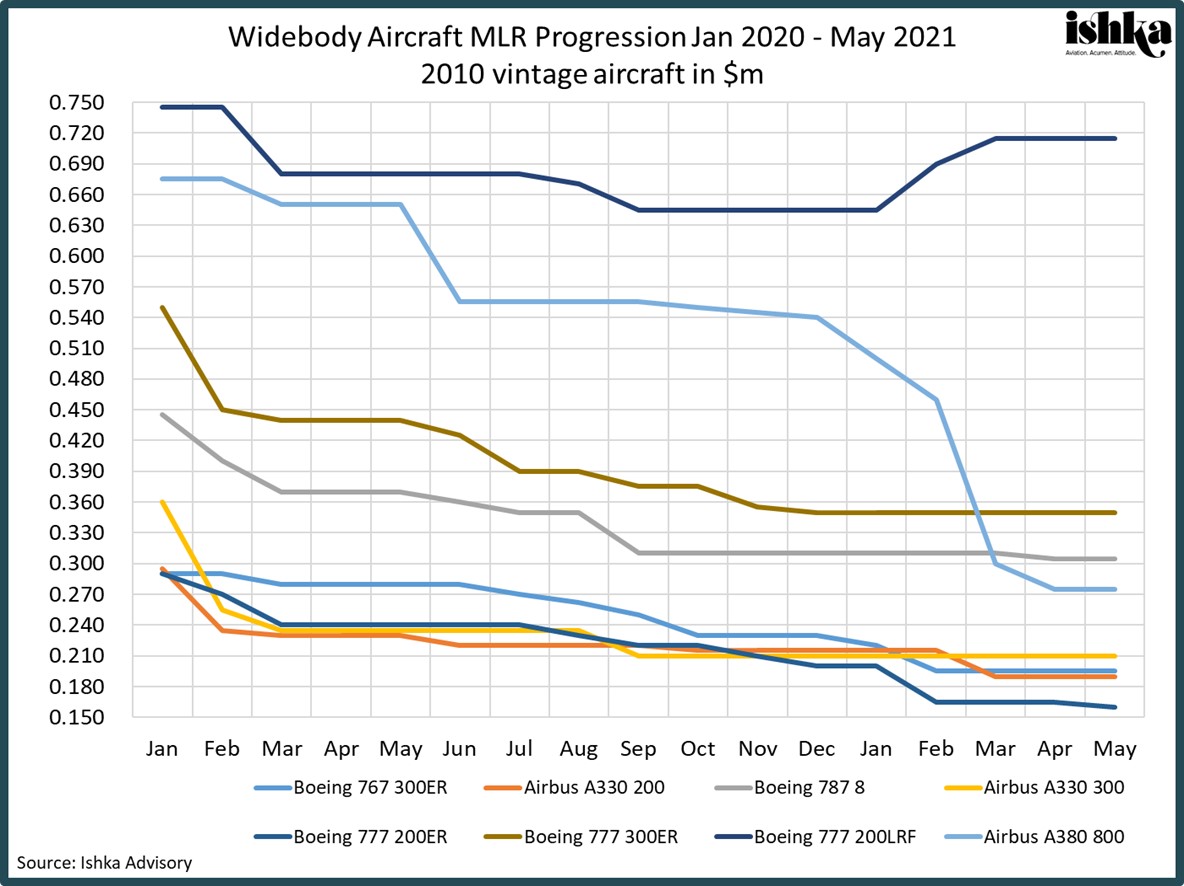 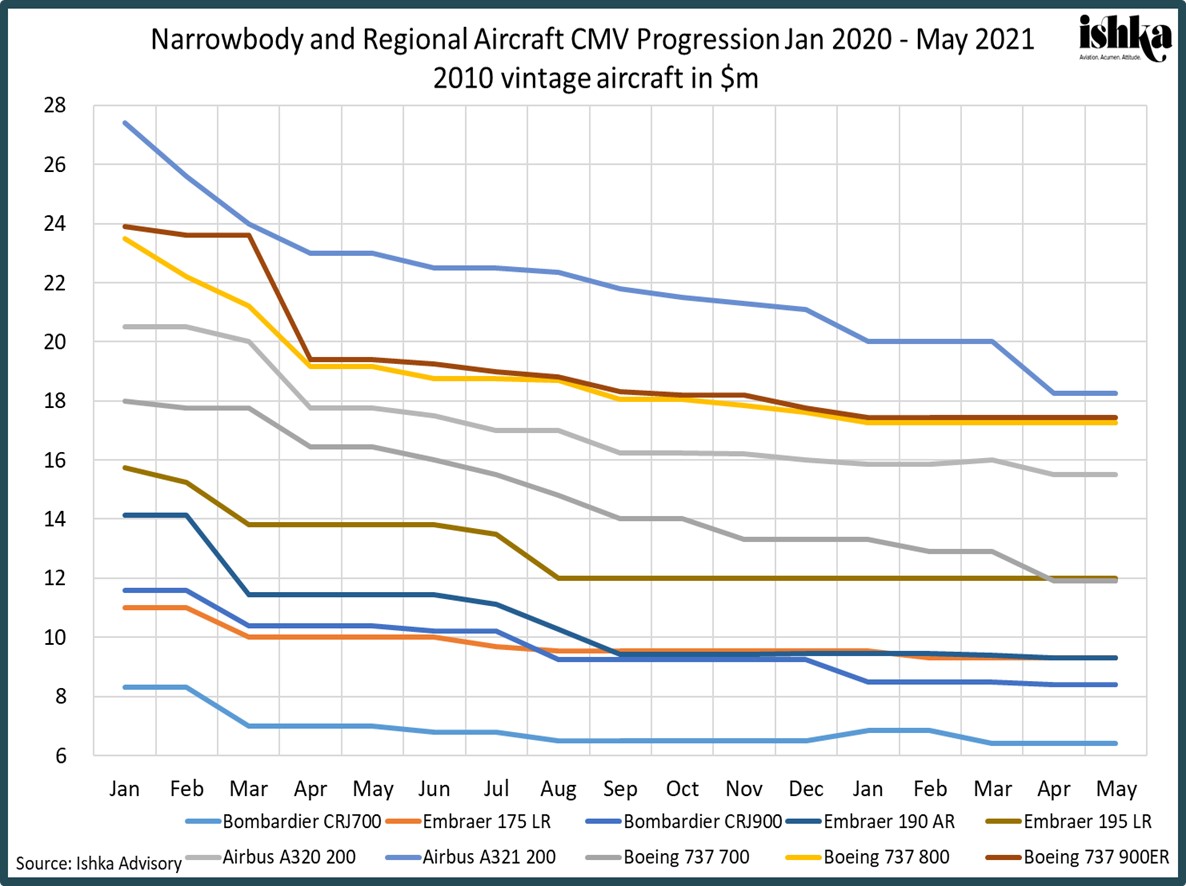 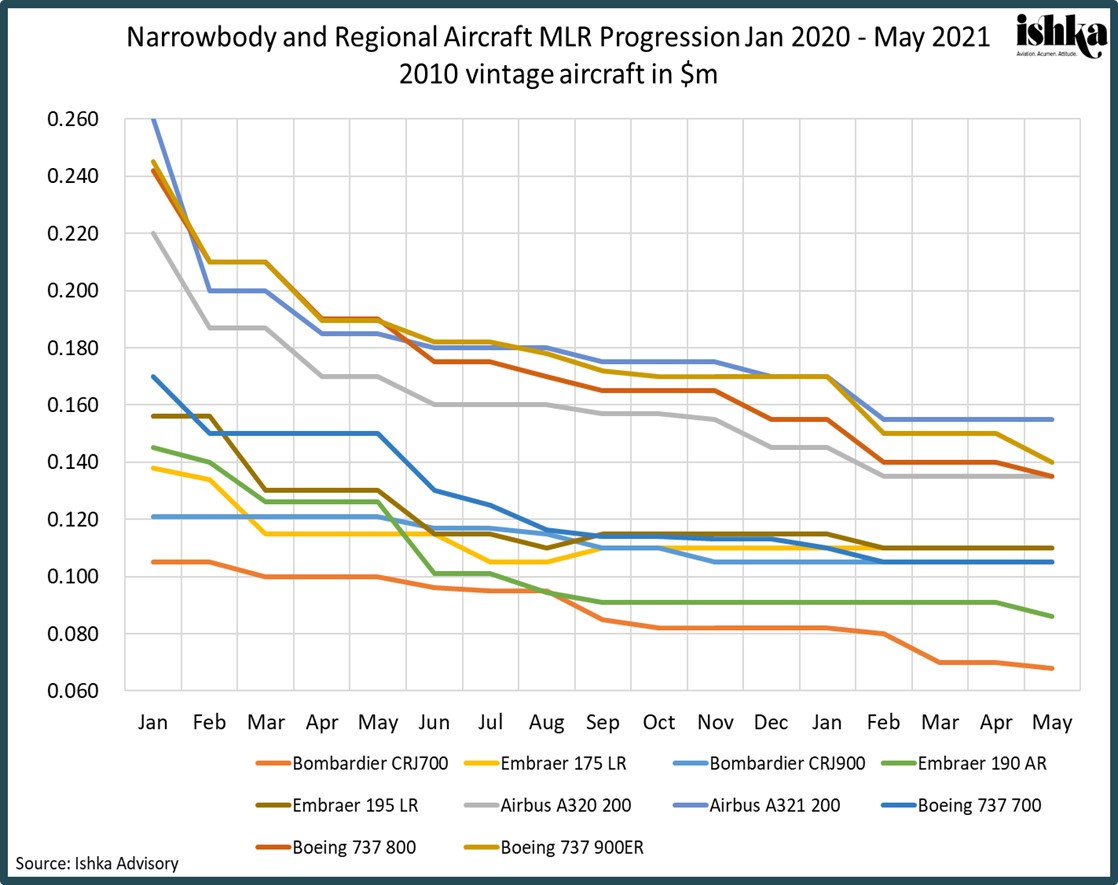 Aircraft values have all suffered as a result of the pandemic, however, some aircraft types will see a much quicker recovery than others. Appraisers believe the youngest most efficient aircraft will recover the quickest and may even exceed pre-Covid values. Most appraisers believe that the best-placed aircraft for the recovery are likely to be neos, MAXs, B787s and A350s.

However, some new start-ups have been attracted to the A330 due to the availability and the attractive pricing of the aircraft (see Insight: ‘Are used A330s winning the hearts (and wallets) of airline startups?’). Pieniazek notes A330s “can stimulate market demand” as some airlines have considered using widebody instead of narrowbody aircraft due to the current price and versatility of the aircraft. However, he warns that creating demand for other widebody types such as the larger B777 will be more challenging.

Some of the older aircraft types will benefit when stability returns to the market and retain their value. Other widebody aircraft types will struggle to find homes coming out of the pandemic and may see little recovery in values as airlines have been aiming to streamline fleets as they emerge from the pandemic. Investors are in “wait and see mode” in relation to retiring aircraft. There is a limited desire from investors to retire older aircraft in the current market while demand for spare parts is low, which has led to a large number of aircraft waiting in limbo while investors decide the best course of action.

Owners of aircraft currently in storage have some tough decisions to make. The options for these investors are to place the aircraft at a lower lease rate or park the aircraft and pay the maintenance and storage costs in the hope of getting better lease rates in the future if, and when, demand returns.